Mould if very dangerous. It can produce allergens and irritants rapidly and has the potential to cause health issues in as little as 48 hours. It is very important to address potential mould issues right away. If you suspect a mould problem, contact us immediately and we can inspect and assess your property. If our mould inspection identifies and issue, The Craftsmen Group has the training, equipment, and expertise to solve your mould infestation.

Mould is a naturally occurring phenomenon. Microscopic mould spores exist virtually everywhere, both internally and externally. Therefore it impossible to remove all mould from a home or business. Some restoration businesses advertise “mould removal” and even guarantee to remove all mould, which is a fallacy. It is when Mould colonies grow to the point that they produce significant allergens and irritants that they become an issue.

Tips to Identify a Mould problem

Mould spores thrive on moisture. This does not necessarily mean you need an obvious water flood situation to have a mould problem. Mould can grow in higher-than-normal indoor humidity levels, for example. Mould often produces a strong, musty odour and this is often your best clue. The true danger of mould is its ability to expand rapidly. 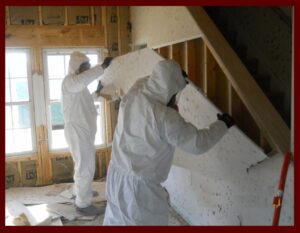 The locally owned and operated Craftsmen Group prides itself in using the latest equipment and remediation techniques. Our response will be prompt and professional, providing you an excellent solution and peace of mind along the way.